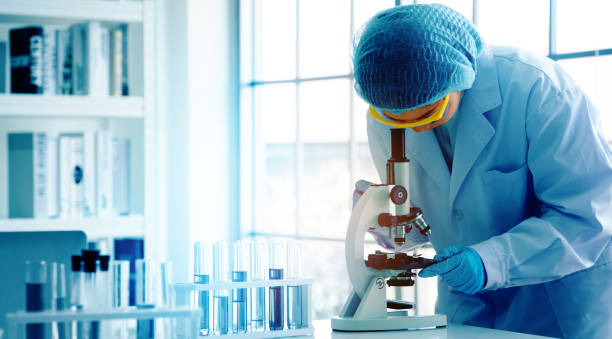 The average lifespan has increased by more than 30 years in the last century. This increase is due, in part, to medical innovations that have improved our quality of life and extended our lifespans. Here are 6 examples:

A pacemaker is a small device that is implanted in your chest. It is used to treat heart rhythm problems.

The number of people worldwide who use pacemakers has proliferated over the last 50 years, according to the National Institutes of Health. In fact, there are about three million people with pacemakers worldwide right now! Pacemakers are precise medical devices that require services from groups like Avantor that manufacture these devices which help people “fully enjoy life the way they want, thanks to silicone medical implants such as orthopedics, pacemakers, cardiovascular stents, defibrillators, and others.” Without reliable manufacturers, these devices could not be used to save lives.

Cochlear implants are devices that restore hearing to people with severe hearing loss. They are surgically implanted in the inner ear, where they convert sound into electrical signals that are transmitted to the brain. This technology has drastically improved the quality of life for many people who were born deaf or became deaf at a young age. It also helps those who lose their hearing later in life due to diseases like macular degeneration or noise-induced trauma; this can often help reduce stress levels as well. The procedure itself involves placing an implant behind your ear canal so it can send signals directly into your auditory nerve (which sends information from your eardrum).

An insulin pump is a small, medical device implant that’s used to provide insulin to patients with diabetes. Similar to the way that an insulin pen delivers doses of medication, the pump delivers a continuous stream of insulin through a catheter inserted into the body. This allows patients to control when and how much they receive, which can be more convenient than having multiple injections per day.

A common misconception is that these devices are reserved for adults only; however, they’re now being used on children as young as six years old who have type 1 diabetes or who have been diagnosed with type 2 but are not responding well to oral medications (such as metformin). Because children’s bodies still have time to develop without complications due to high blood glucose levels caused by their condition, having access to this technology helps them avoid serious health problems later in life—and allows them an opportunity for normal development during childhood and adolescence.

Mechanical heart valves are a solution for patients who have valve disease. This condition occurs when the heart valves become damaged through age or illness, making it difficult for blood to pass through. Most mechanical heart valves are made of metal, plastic or tissue that works much like the natural valve it replaces. These devices may require lifelong treatment and monitoring; however, they can help prevent serious medical complications such as strokes or heart failure caused by leaking or narrowing of your existing valves.

An artificial pancreas is a device that monitors blood glucose and automatically provides the right amount of insulin. The device is a combination of an insulin pump and a continuous glucose monitor (CGM).

The artificial pancreas has many benefits, but it’s not for everyone. It’s best suited for people with type 1 diabetes who require insulin to manage their blood sugar levels.

Implantable cardioverter defibrillators (ICD) are devices that can be used to detect and treat life-threatening cardiac arrhythmias. They were first approved by the U.S. Food and Drug Administration (FDA) in 1990, after being tested on more than 6,000 patients. The results showed that these devices significantly reduced mortality rates (the number of deaths per 100 people).

An ICD detects abnormal heart rhythms using electrodes placed near your heart. If an abnormality is detected, an electrical shock is delivered to restore a normal rhythm if needed. Most ICDs are implanted in a procedure that lasts less than one hour under local anesthesia with sedation or general anesthesia.

Implanted medical devices have revolutionized medicine. Whether it’s a pacemaker to treat heart disease or a heart stent to repair blockages in the arteries, these microchips are incredibly small and can be implanted just about anywhere in the body.

The idea of having metal objects inside your body might seem weird to some people, but these devices have helped save lives for decades now—and they continue to improve and expand our options for treating diseases that were once fatal.

These tiny implants are often powered by batteries, but many newer models also rely on energy produced by the body itself through electrochemical reactions. That means they don’t need any wires connected directly into nerves or blood vessels, reducing any scarring that may occur during surgery.

These six medical innovations have changed the lives of countless people, and are just the beginning. The future is bright for those who want to live longer and better lives. We can only imagine what amazing things will be available to us in another 100 years!